If you’re new to workouts, especially with strength training, you’ve probably seen many programs that uses different exercises for different purposes, all catering to their own personal philosophies. Sometimes, they can be downright confusing on what they ask of you!

Perhaps the second greatest workout skill you can learn is reading program notation. Before you can practice a new program, you’ll need to know how to read (and write) your reps, sets, and all that good stuff.

This guide is dedicated to just that. After reading this, you will be able to

What is Program Notation?

Program notation is the shorthand method of writing down what a program does. This includes the signs, symbols, definitions, and syntax of modern fitness. Let’s quickly define common terms you’ll need to know:

What is a Rep and a Set? Concentric and Eccentric?

A repetition (a rep) is performing a single complete movement of an exercise one time. It normally has two components: a “concentric” phase and an “eccentric” phase. The concentric phase (aka, “positives”) is when the muscle is contracting, or shortening. For example, do a pull-up. When you’re pulling towards the bar, you’re in the concentric phase. The eccentric phase (aka “negatives”)  is the opposite movement, where a muscle is lengthening. When you’re lowering yourself down from that pull-up, you are in the eccentric phase of the exercise.

A set is a series of repetitions in a row, with little rest between. So if I do 5 pull-ups with 1 second pause inbetween each rep, I’m doing a set of 5. Let’s say my entire workout is that 1 set of 5 push-ups. What would it look like in notation form? Glad you asked:

If you perform different numbers of reps per set, traditional Number X Number notation doesn’t always work. You could do 1×5,1×6,1×8,1×10, but it takes a lot of pen strokes. There’s another way! You can place reps side by side with a slash inbetween them. So that same notation can be changed into:

How Do I Record Weights?

To add weight to notation, simply put the weight in parentheses. Here’s an example:

(Note: “warmup” refers to any warm-up set where you feel too lazy to describe it. The purpose of a warm-up is just to warm-up, so it sometimes isn’t worth notating)

Some may place the weight number where the sets would go. It looks like:

Which means 1 set of 90lbs pull-up for 5 reps. This is normally used for a single set exercise and is common in powerlifting circles, where pyramiding schemes are more common

How Do I Record Rest Periods?

If no rest period is stated, normally one assumes it is between 1 to 5 minutes of rest between each set. This varies depending on the primary discipline. Powerlifters tend to have longer rest periods to allow greater power (ATP restoration takes about 5 minutes to fully recover). Bodybuilding often aims for 1-3 minutes of rest, depending on goal and preferences. A heavy, compound movement (squats, deadlifts, handstand push-ups) necessitate more rest due to effort exerted. Isolation exercises (bicep curls, single joint exercises) generally require less rest.

How Do I Record a Workout’s Tempo?

So, if my pull-up routine called for 5 sets of 10 push-ups, 45 seconds between sets, and a tempo of 3 second eccentric/negative, 1 second pause,  X second concentric, and a 1 second pause between reps, then it would look like:

For many, tempo is often not notated. In this case, the general rule of thumb for strength training is to go fast on concentric contraction (faster contraction = better power training), pause from 0 to 1 seconds (I pause about .25 seconds normally, just a brief little pause), contract eccentrically for 2 seconds (demonstrates control, creates metabolic environment for muscle to adapt/grow stronger), and rest between 1 to 5 minutes depending on exercise and goal.

This differs widely for person to person and program to program. But fast concentric, and longer eccentric are generally desired. Many (such as myself) do not generally record tempo simply because it’s a lot of extra stuff to write down. A tempo in a program normally runs consistent, so re-writing it every workout is painfully time consuming and the trainee normally knows what they’re using for tempo.

Reps, sets, weight, and rest periods, and tempo covers most training notation. However, there are more specialized programming features. Here are a few examples.

Extended sets (also known as rest-pause) is a technique to break 1 set into many sets, with short rest periods between them. These rests are normally 5-10 seconds in length. An extended set may be seen as:

A super set is when 2 exercises are done back-to-back in a single set. For example, I would do pull-ups, then go right into push-ups, then I take a rest before doing both again. That would look like:

A circuit (one unit of Circuit Training, which utilizes a lot of circuits) is 3 or more exercises performed back-to-back. You can imagine how that would look in notation. Let’s say I did a circuit (A), then a super set (B), then 2 normal sets (C and D):

You’ve learned all you need to know about notation. There’s just one thing left: your personal thoughts Some days will be better than most. Other days, you’ll so little to eat that it harms your workout that day. I like to record these little personal quips, alongside a “-” (I didn’t feel it was my best effort) a “•” (I felt like this was a standard workout), or a “+” (good workout, yeaaaah!)

This way, your workout journal serves as a normal journal, too! You won’t constantly be progressing in a straight line by virtue of life, so the journal you create will serve as a way to quantify progress over the long term, instead of allowing your motivation on any single day to determine your workout schedule or progress. It’s also really, REALLY cool to look back on your progress.

Hopefully this helped you read a program and convinced you to write in your own journal. Remember, seeing progress written down really solidifies the gains you’ve made, so I recommend every one start a workout journal. If you’re like me, looking back into a journal just 1 year back will be a shocking revelation of how far you have come. The journal becomes a valuable piece of your history.

And it doesn’t have to be paper (though I love the feeling of a good little notebook). You can keep track on a Word document, in a text file, on OneNote/Evernote, or on a website! Just keep tracking and watching your progress skyrocket.

Get out there, train, and write! 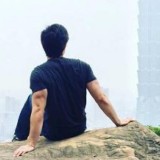 Honestly nobody cares. looks to me like you should go back to the gym with the original receipt and make your claim.